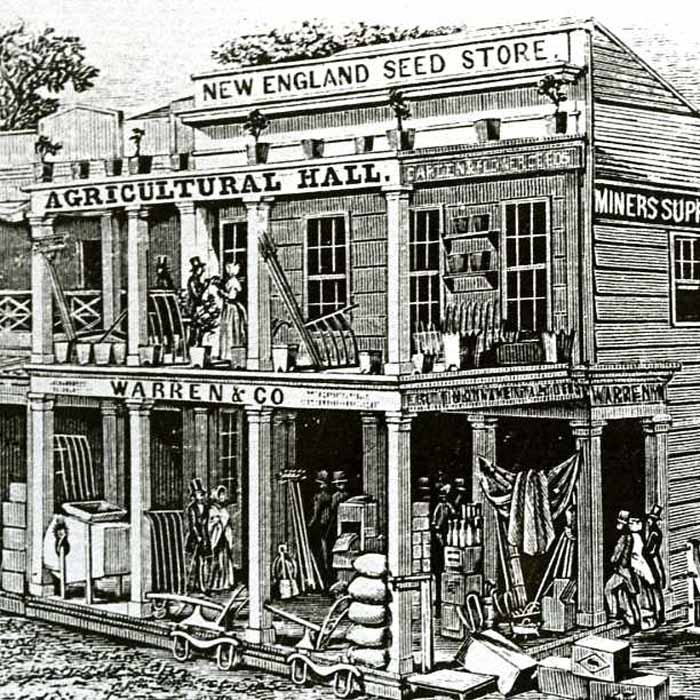 Colonel James L.L.F. Warren left his home in Boston in 1849 to try his luck in the California Gold Rush. Within a few months he gave up on the gold. In 1851, Warren opened a seed and agricultural supply store. In 1852, he invited ranchers and others to display their products and discuss farming issues. The event later became the State Fair. That same year, Colonel Warren introduced the camellia to Sacramento.

The original building burned down in the great fire of 1852, but a brick structure replaced it in 1853. Baker and Hamilton bought Warren’s company in 1853.

His interest and work in agriculture earned Warren the title of “Father of California Agriculture.” In 1941, the city council officially designated Sacramento as the “Camellia City.”