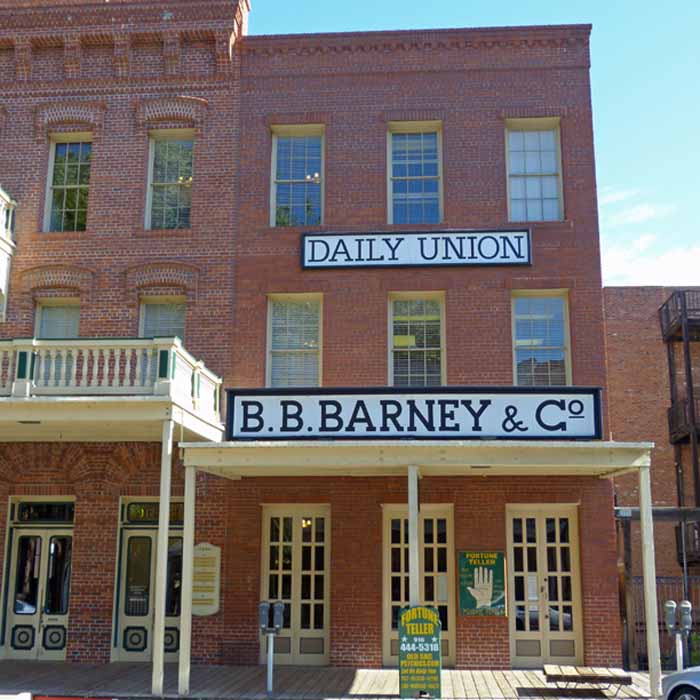 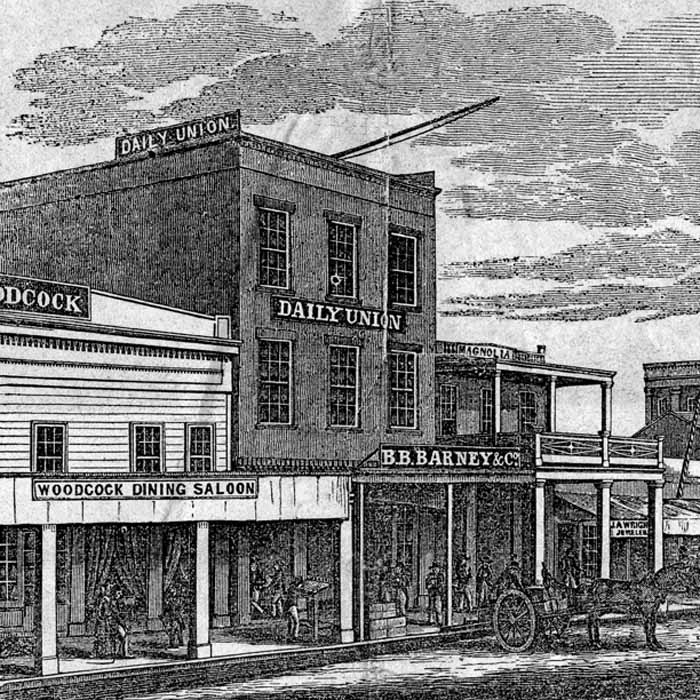 North side of J Street, between Front and Second Streets

The fire of 1852 destroyed the paper’s original 3-story brick building. Owners built a 2-story brick replacement the following year. To comply with standards set for the 1864 street-raising project, they added a third story.

In 1866, the Sacramento Union hired a young writer named Mark Twain. The paper sent Twain to the Sandwich Islands (now Hawaii) for 5 months. Mark Twain wrote a series of popular columns about life on the islands for the paper.