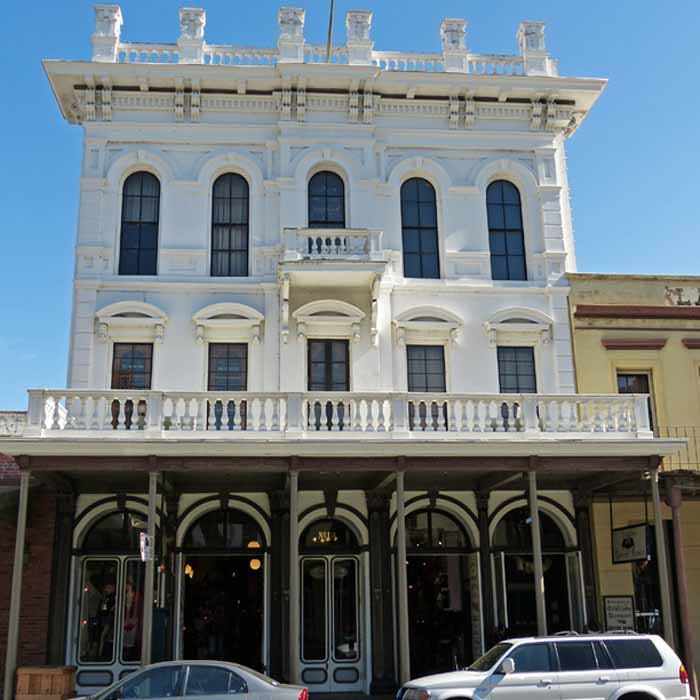 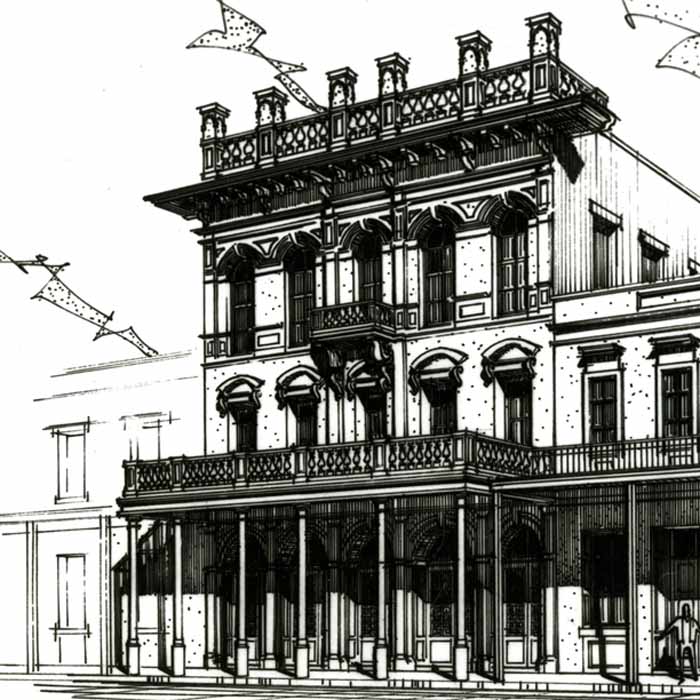 Merchants have overwhelmed Sacramento City ever since its founding. At least that is what Sacramento visitor, Hinton Helper wrote in 1855. He noted that strangers continually arrived with “heavy stocks of goods.” They opened new shops, but their losses compelled them to leave. The departure of one “victim” opens the way for the “arrival of another,” he wrote.

Hinton could have been watching businesses come and go at the Howard House. Several operated from this site over the years. They included clothing importers, wholesale grocers, a barber shop, and an insurance agency. Merchants operated from the ground floor. Lodging facilities occupied the upper stories. Women stand out as proprietors of this site in the late 1860s.

George H. Howard owned this property during the 1850s. Although it changed owners several times, the name “Howard House” remained with the building until 1912.