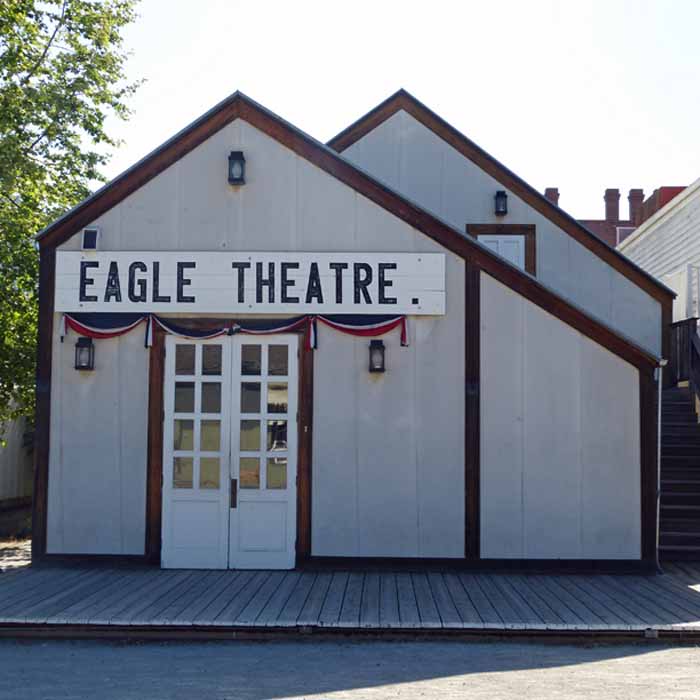 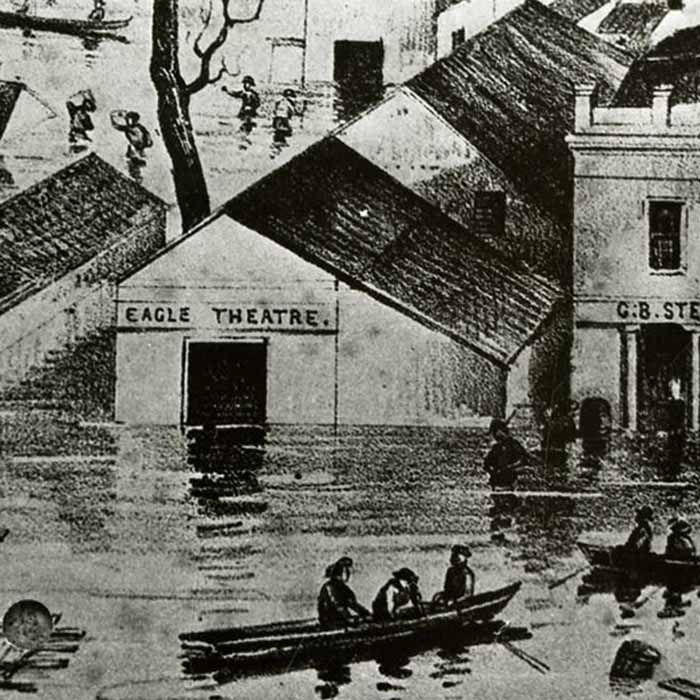 East side of Front Street, between I and J Streets

The Placer Times referred to the Eagle Theatre as an “oasis in a great desert of the mind.” It must have seemed that way in a city consumed with saloons and gambling dens. The Eagle opened its doors in September 1849. It is the first structure built in California as a theatre. Due to the scarcity of building materials in the rapidly growing city, owners built the theatre out of used canvas from abandoned sailing ships.

Unfortunately, the theatre had a short life in Sacramento. In just 3 months, the theatre underwent 3 changes in ownership and 4 bankruptcies. Finally, on January 4, 1850, a violent wind and rain storm closed the theatre in the middle of a performance. When the city flooded in 1850, the Eagle Theatre closed its doors for good. New theatres quickly took the Eagle’s place, making theater a popular form of entertainment for Sacramentans.