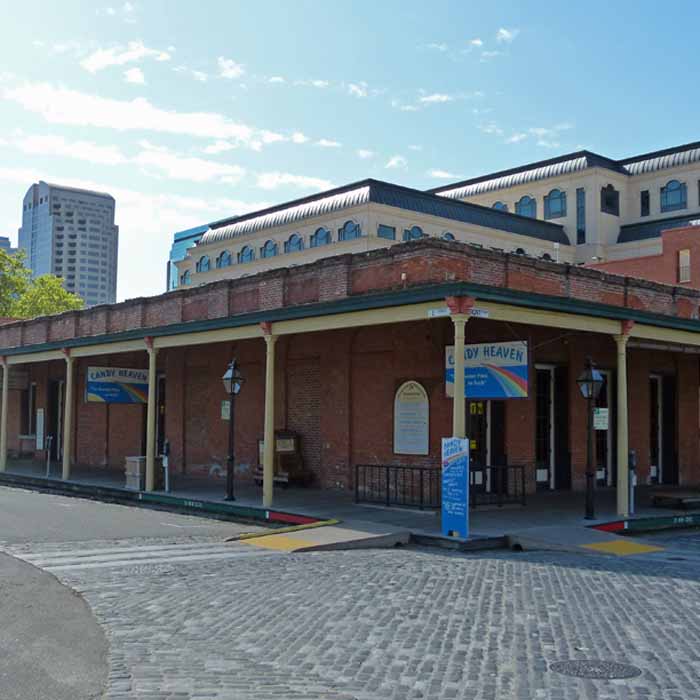 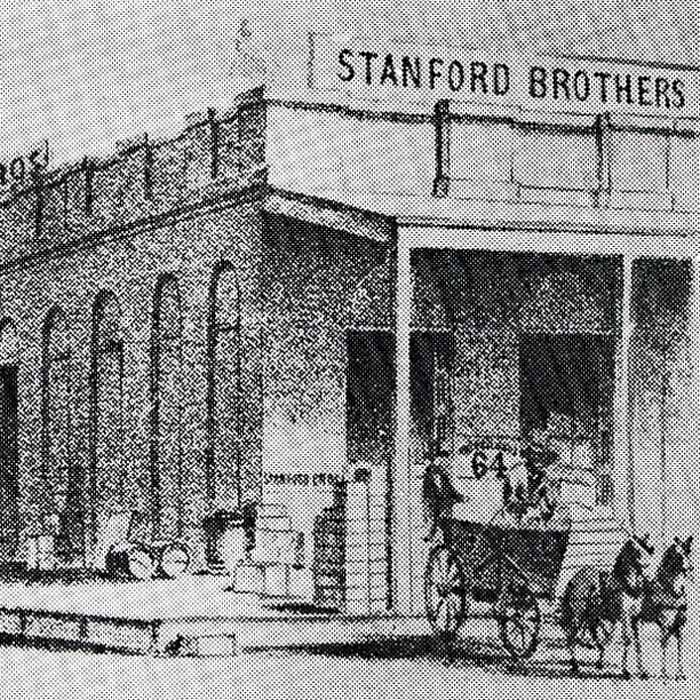 Leland Stanford was California’s 8th governor. He represented California in the U.S. Senate for 18 years. He was also one of the “big four” who helped establish the nation’s first transcontinental railroad. Stanford started out, however, in retail partnership with his brothers.

The first Stanford brother, Josiah, came to California from Albany, New York for the Gold Rush in 1849.He opened a general merchandise store on Mormon Island in 1850. The four other Stanford brothers managed stores at other mining locations. In 1852, Josiah set up company headquarters in Sacramento City.

Leland Stanford took sole ownership of the Stanford Brothers’ company in 1853. He retained the firm’s name for as long as he remained in business.

By January 1857, Leland Stanford moved his wholesale grocery business to this site. This site housed both the store and warehouse. In 1864, Stanford raised the building to the new level for the city’s street-raising project.