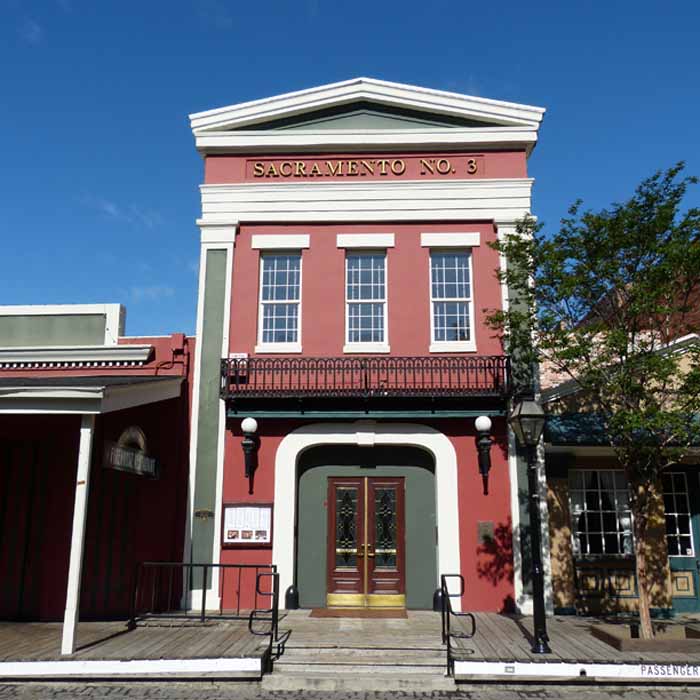 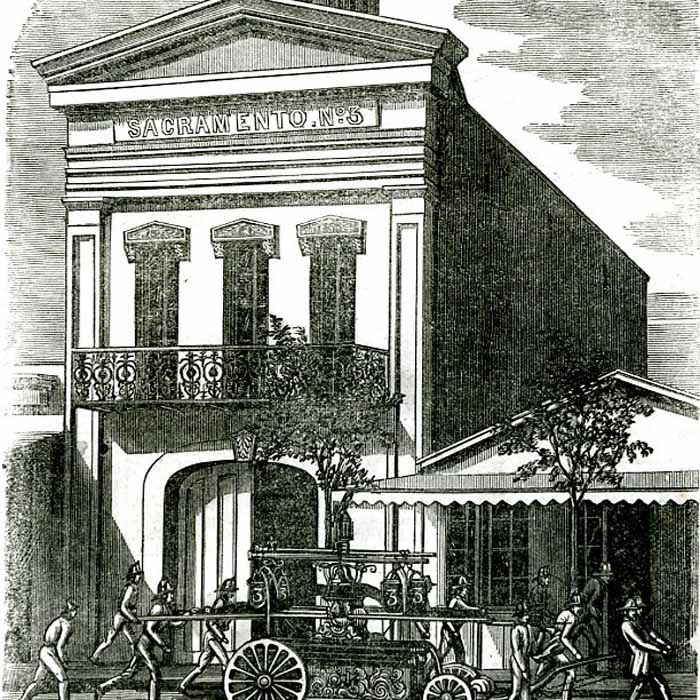 Imagine putting out fires with hoses made of pieced-together leather. This was the type of equipment fire fighters used in Sacramento in the 1850s. Hoses had to be treated with oil to prevent them from cracking.

Fire was a constant danger in the early days of Sacramento. Lighting, cooking, and heating were carried out by open flame. Buildings were constructed of combustible materials like wood and canvas. The city formed 3 fire companies in 1851. Engine Company, No. 3 started here in March 1851. The company called themselves the “Tigers,” and their motto was “always ready.”

The three companies, however, were not ready for the great fire of November 1852. They did not have enough water or hoses to stop the inferno from destroying the city. That included Engine Company No. 3. It burned to the ground. A new brick firehouse opened in its place on February 5, 1854. Residents raised the building for the street-elevation project of 1865.