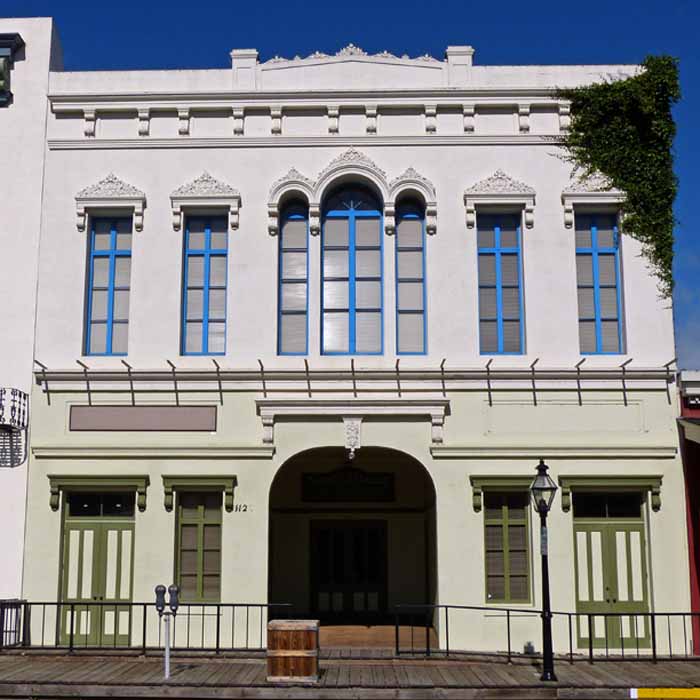 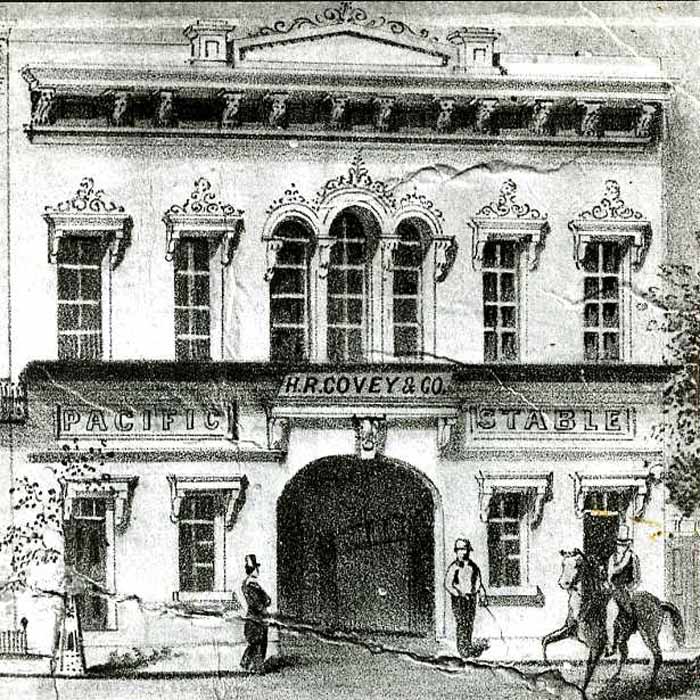 This was Sacramento’s first parking garage—a half century before cars! In the 1850s, this facility could hold 100 horses at a time. Built in August 1855, this was one of Sacramento City’s grandest structures. The basement and first floor levels housed the stables and a carriage depot.

The second floor served many functions in the building’s history. The State Armory occupied the building until 1874. Sacramento’s first militia group, “Sutter’s Rifles” also met during this time. In 1876, owners transformed the spacious hall into a 1000-seat theatre.

Unfortunately, age, flood-damage, and the strain of raising the building weakened its structure. Tragedy struck during the theatre’s opening night performance. The stage collapsed. The main floor buckled and gave way. Broken gas lines caused a fire to break out. Horses in the stable panicked and died.