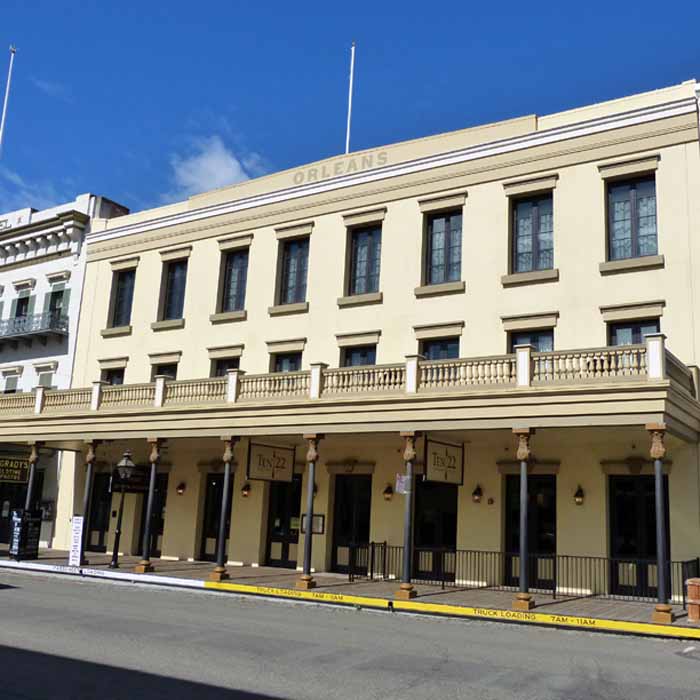 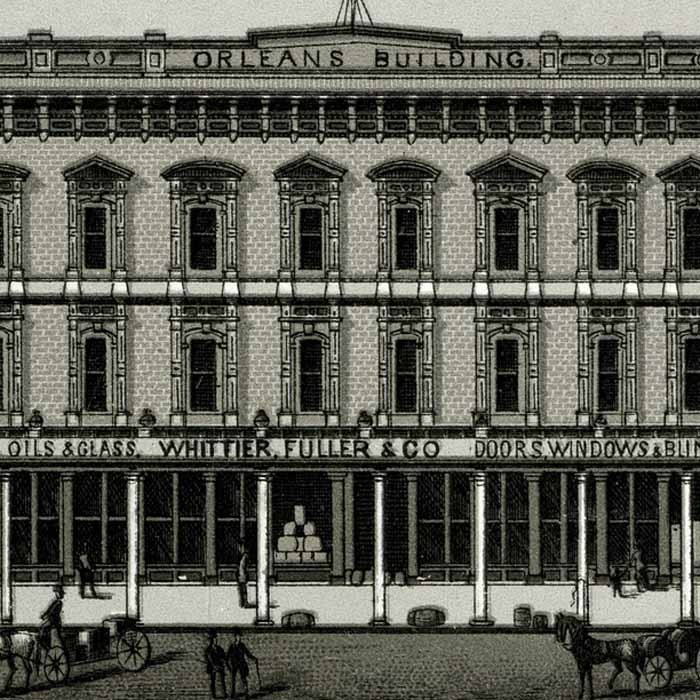 How did the Orleans Hotel get its name? It was built in New Orleans! Captain W. H. Simmons, a 49-er from New Orleans, numbered and cut each timber in his home city. Simmons brought the lumber to Sacramento in one of his own ships in 1850. He constructed it when he got here, but it burned to the ground in the great fire of 1852. Like a phoenix, the hotel rose again. In only twenty days, the building’s owner, J. R. Hardenburgh, built a new 3-story structure with 40 bedrooms, parlors, and a saloon. In 1853, he added a 1-story billiard saloon.

Throughout the 1850s and 1860s, distinguished visitors stayed at the hotel. The state’s politicians gathered there regularly. The California Stage Company operated its depot and office out of the Orleans’ first floor.

With the raising of Second Street in 1865, new owner, N.D. Thayer, remodeled and raised the 3-story structure.