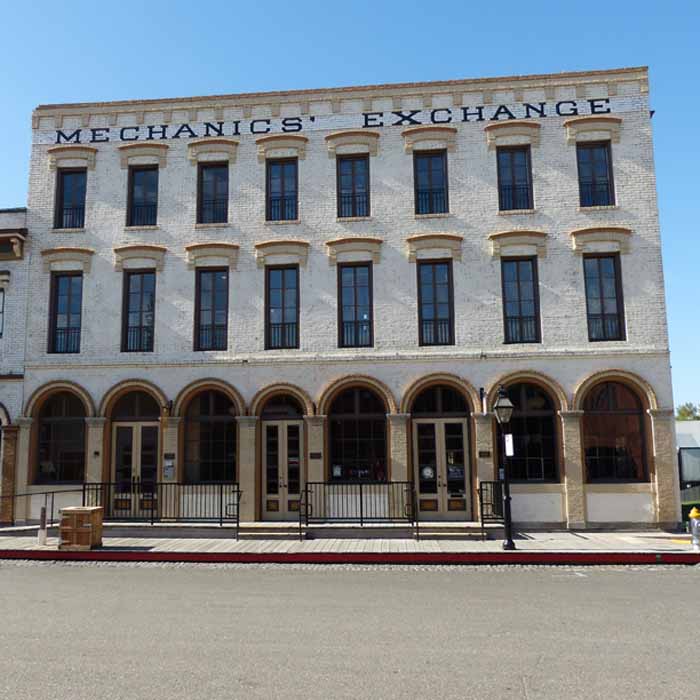 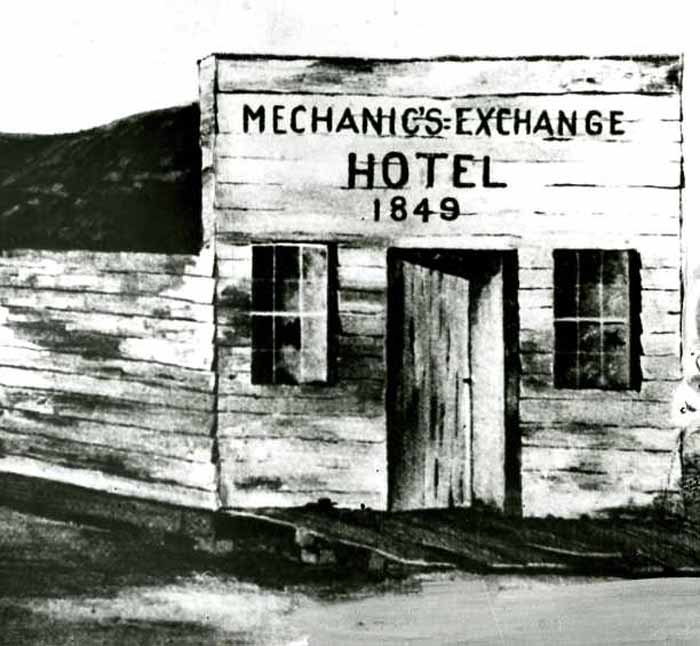 As the gateway to the northern mines, Sacramento City grew at an amazing rate. It was a city of hotels and saloons. It was also a place filled with growing new industries. The Mechanics Exchange Hotel catered to that segment of the Sacramento population. It served those connected with the iron works, mills, and railroad activities north of “I” street.

The 1854-55 City Directory first lists this site as the Mechanics’ Saloon and Ball Alley. Throughout the remainder of the 1850s, city directories simply listed the site as the Mechanics’ Exchange. The building’s appearance changed over the years. It started out as a 2-story frame structure in 1857. In 1860, owners replaced it with a 2-story brick building. In 1864, they built a 2-story brick annex. Owners raised the buildings and added a third story to the annex for the city street-elevation project.