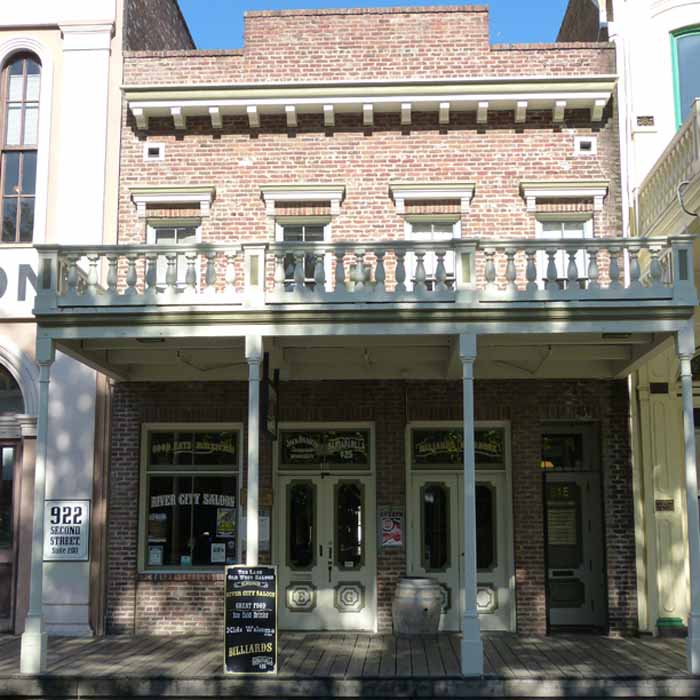 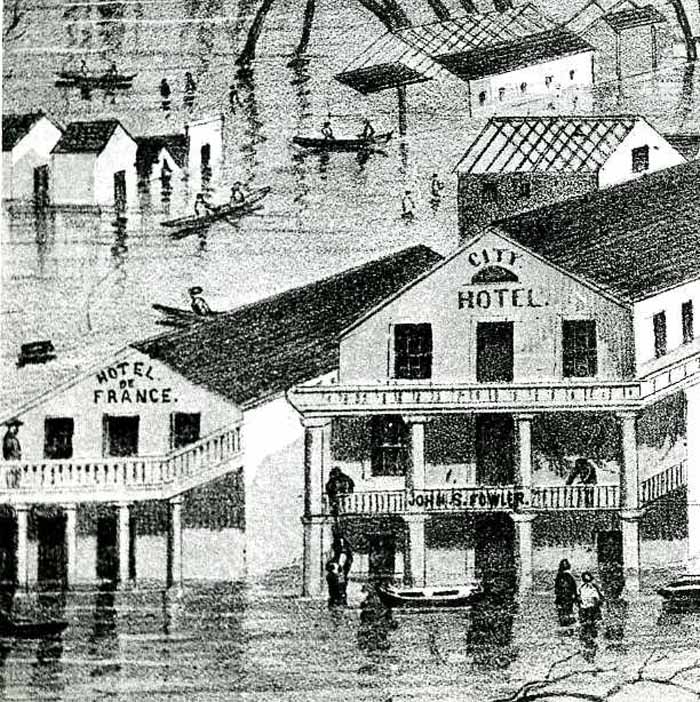 This is the second site for the famed Hotel de France. The original hotel had one of the most dramatic openings in early Sacramento history. Located on Front Street, it opened in September 1849. At the time, the streets literally flowed with champagne. Celebrants threw baskets of champagne from an upstairs balcony just to hear the bottles break. The opening of the second Hotel de France must have been more subdued. The local papers did not report an unruly opening.

The Hotel de France opened at this site in the 1860s. Johanna Heigle operated the hotel in the 1870s. Parker French ran the hotel’s saloon. In the 1880s, Louis Cafferno opened the Roma Hotel at this location.