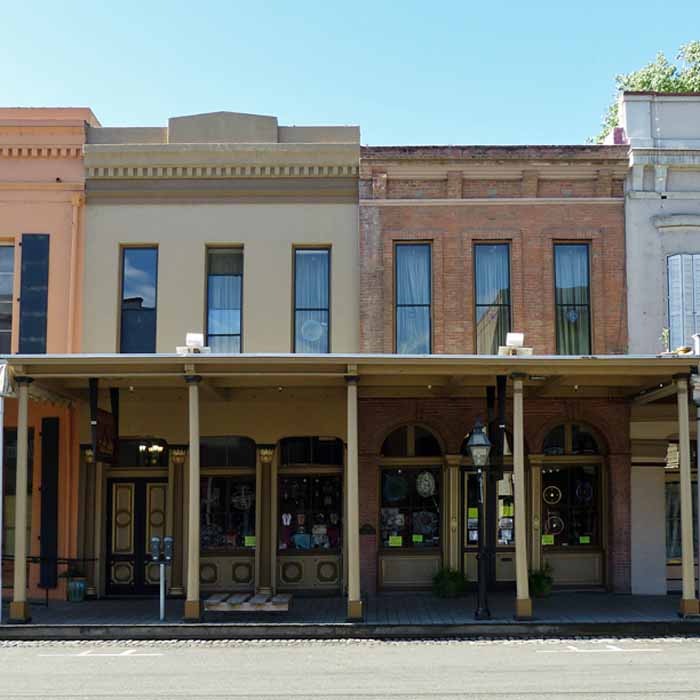 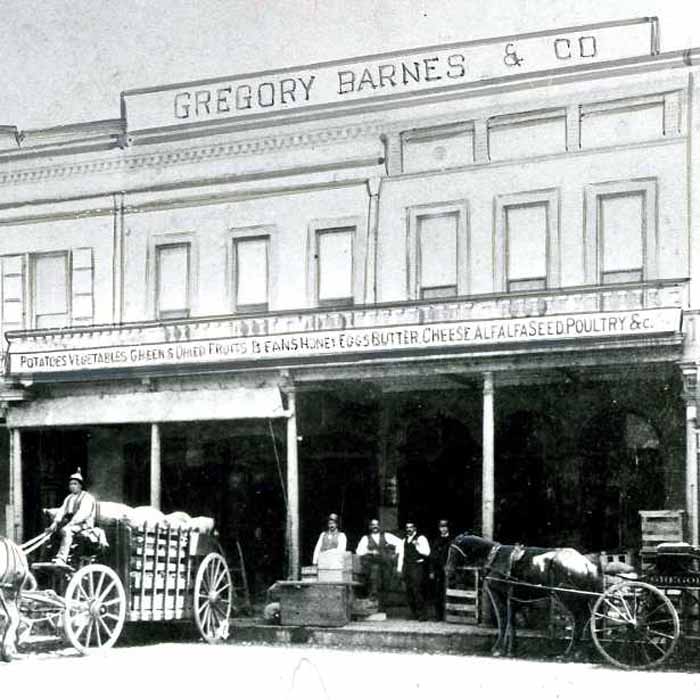 French immigrants, Julius and Mary Gregory, accomplished a rare feat in Gold Rush Sacramento’s history. They succeeded in a city that saw many businesses fail. They also remained there for over 50 years. Their story is a real Sacramento success story.

In 1855 the Gregory’s opened a wholesale produce market. Five years later, they moved next door to this building. In 1864, they raised the building in accordance with the J Street project. In 1870, Gregory expanded his business next door. He combined the sites in 1870.

As the business prospered, the next generation took over. In 1883, Eugene and Frank Gregory ran the firm with partner Charles Barnes. For 5 years they operated under the name, Gregory, Barnes & Company. Frank and Eugene assumed full control in 1888.

Frank, his mother and 3 sisters lived in the same house all those years. In 1888, Sacramento’s residents elected Eugene Gregory Mayor of Sacramento.