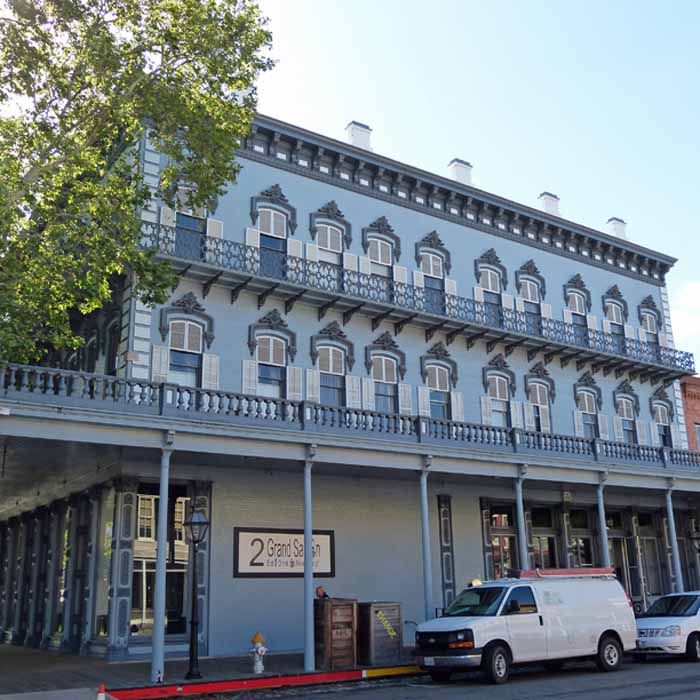 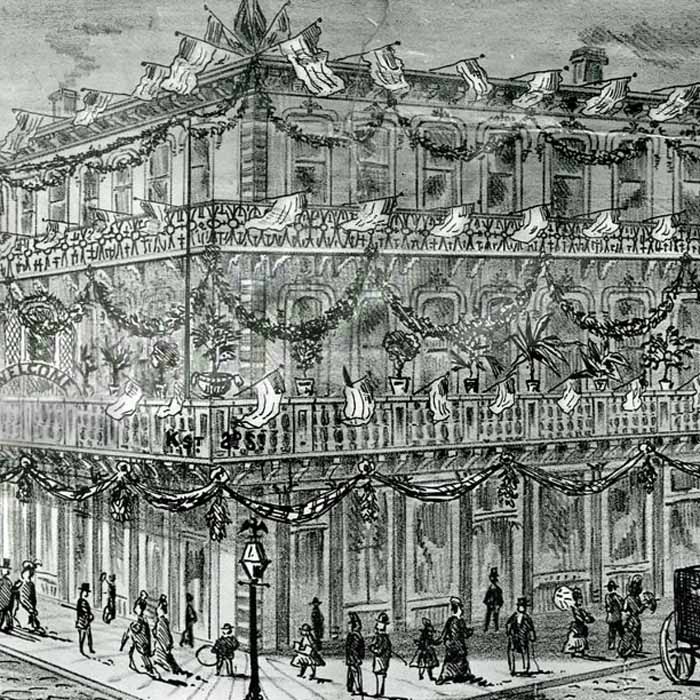 The building may be named for Fratt, but Cornwall was here first. In 1848, Pierre Barlow (P.B.) Cornwall came to Sacramento for the Gold Rush. He served on Sacramento’s first City Council in 1849 and the State Legislature in 1850. P.B. Cornwall originally owned this lot and built three single-story structures. Various physicians, druggists, lawyers, and merchants ran businesses from this site.

Francis William (F.W.) Fratt came to California in 1850. Interested in the cattle business, he helped establish Fratt, McNulty & Company. The company prospered, and Fratt invested in Sacramento property. He purchased Cornwall’s lot in the late 1860s. Fratt replaced the single-story buildings with this 3-story brick structure. He lived and worked in this building from 1871-1908.

Fratt and his wife, Cornelia, helped found the Sacramento Children’s Home. They opened their house to the Home’s residents every Fourth of July. In 1909, the Fratt’s moved to a new home on P Street.