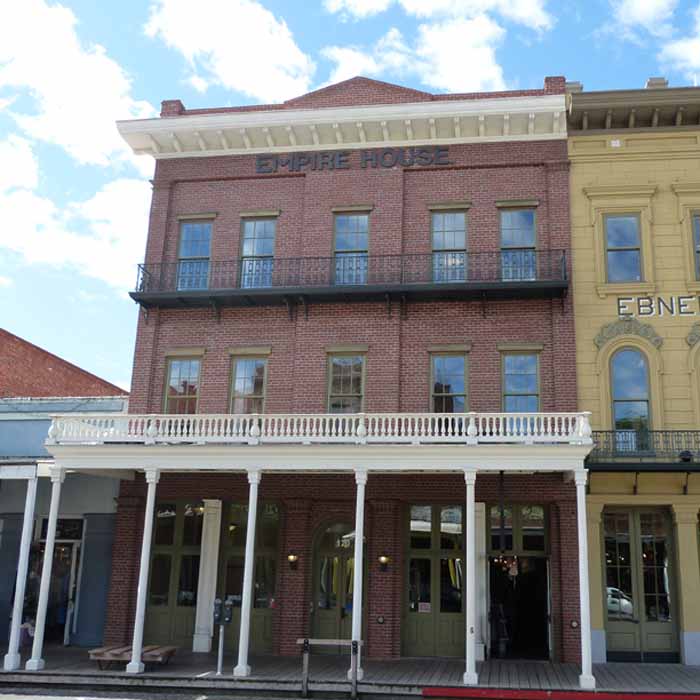 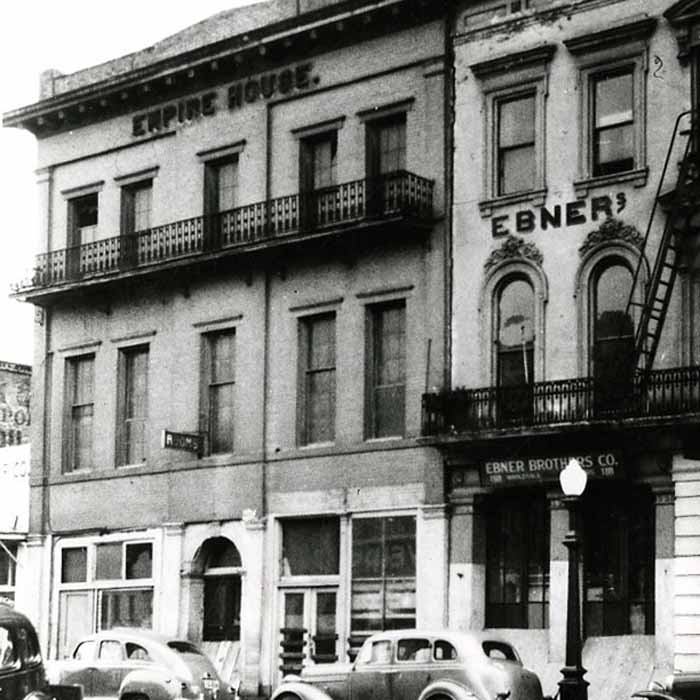 Four businesses named “Empire” operated in Sacramento in 1854. Empire Oil, Empire Stables, Empire Meat Market, and Empire Bakery numbered among them. Empire Market was not listed yet, but it was the “Empire” business that survived the decades.

Merchants Terhune &Edwards owned and operated this site from1852 until 1870. They called their business the Empire Market. Ryan’s Chop House and David Belvedere’s Empire Saloon were also located at this site in 1856.

By 1873, new owners, Green & Trainor operated the Empire Market. They expanded the property to include the Empire House that same year. Various women proprietors ran this modest hotel throughout the 1870s.