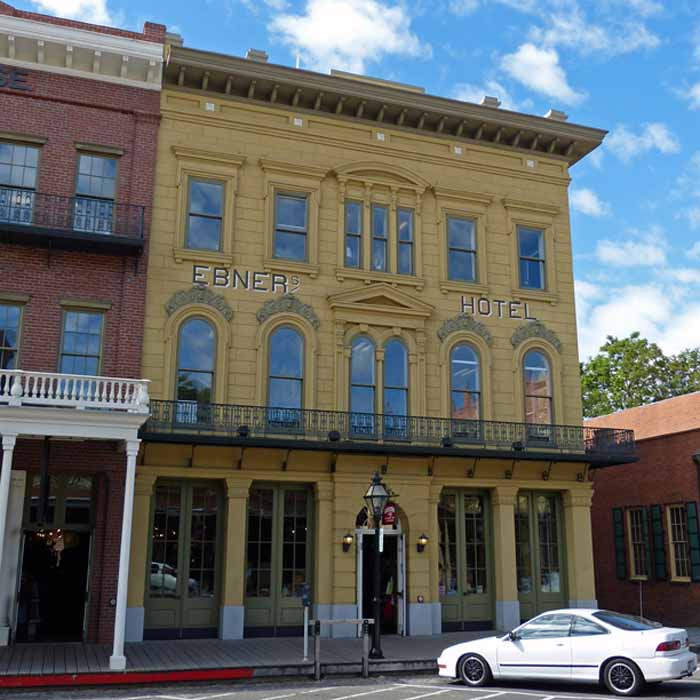 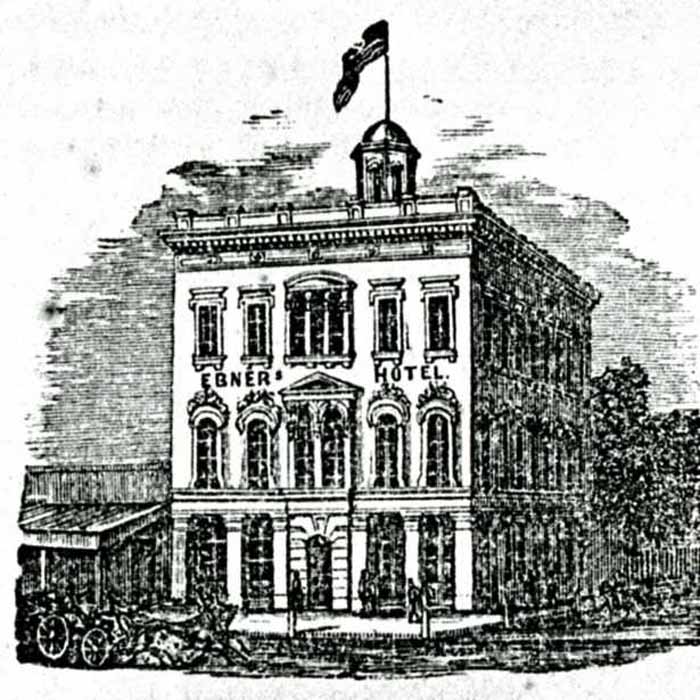 South side of K Street, between Front and Second Streets

After the demise of Sutter’s Fort, John Sutter moved to his ranch on the Feather River. Named Hock Farm, it was located a few miles south of where Yuba City stands today. Whenever Sutter traveled to Sacramento City, he liked to stay at Ebner’s Hotel. Sutter enjoyed spending time with the hotel’s owner, Charles. The two friends shared drinks and stories about their common homeland of Baden, Germany.

During the early 1850s, the Antelope and Crescent Hotels stood at this location. In 1856, Charles and Francis Xavier Ebner built this 3-story brick building and named it Ebner’s Hotel. By 1863, they traded the hotel business for the wholesale liquor business. Over time, various proprietors ran the operations out of the Ebner’s Hotel.

In 1865, the Ebner’s raised the hotel to the new K Street level for the street-elevation project.