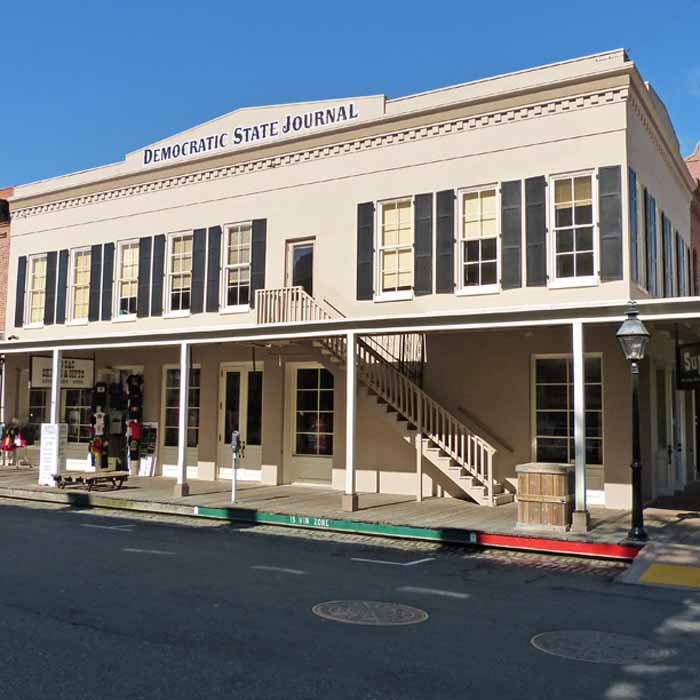 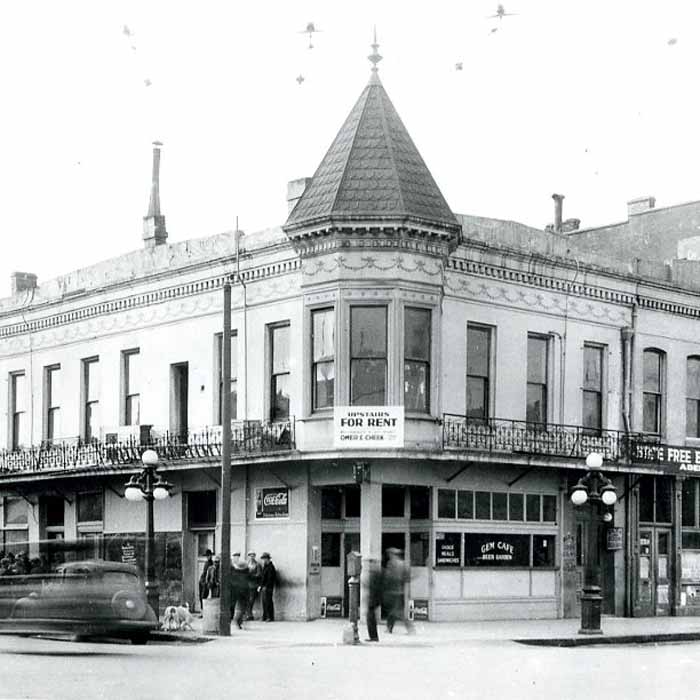 Sacramento had a reputation as a “graveyard for newspapers.” Nineteen papers published from 1849-1852 failed within 2 years. The tenure of the Democratic State Journal was slightly longer. It lasted 6 years. Nevertheless, it was one of early Sacramento’s most influential newspapers.

The Democratic State Journal was first published on February 5, 1852. After the great fire of 1852, owners built a new, 2-story brick building. The Journal had a new home. In the fall of 1853, it also had new owners. Redding, Johnson, and Co. bought the paper. In 1854, the newspaper moved to new location.

In the 1860s, F.W. Fratt owned and lived in this building. Fratt raised the building to the new levels of Second and K Streets in 1865. By the 1860s the lower story was used primarily for restaurant and saloon purposes.