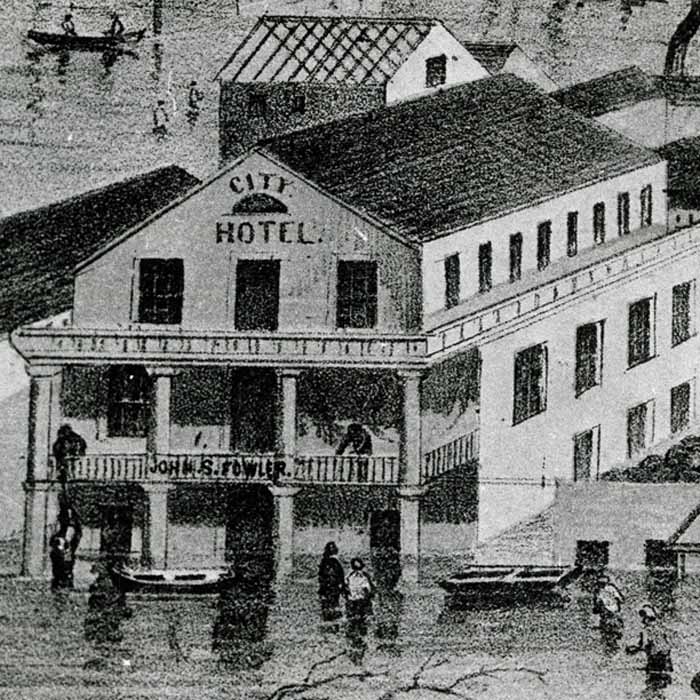 The Fourth of July Ball at the unfinished City Hotel caused great excitement in 1849. Tickets cost two ounces of gold, or $32. The dress code required men to wear “swallow-tail coats with white vests.” In this male-dominated Gold Rush city, 200 men bought tickets. Only 18 women attended. With very few women in the society, no one complained about the uneven odds.

Two months later, The City Hotel celebrated its grand opening. Built from the re-used timbers from John Sutter’s former grist mill, the hotel was the site of many town meetings. Guests’ rooms were unbearably hot, noisy, and big enough for only a bed and dresser. Fleas and mosquitos were as likely to keep guests awake as the swearing and snoring of other occupants. Even so, it remained the best place to stay in Sacramento until it was sold in 1851.