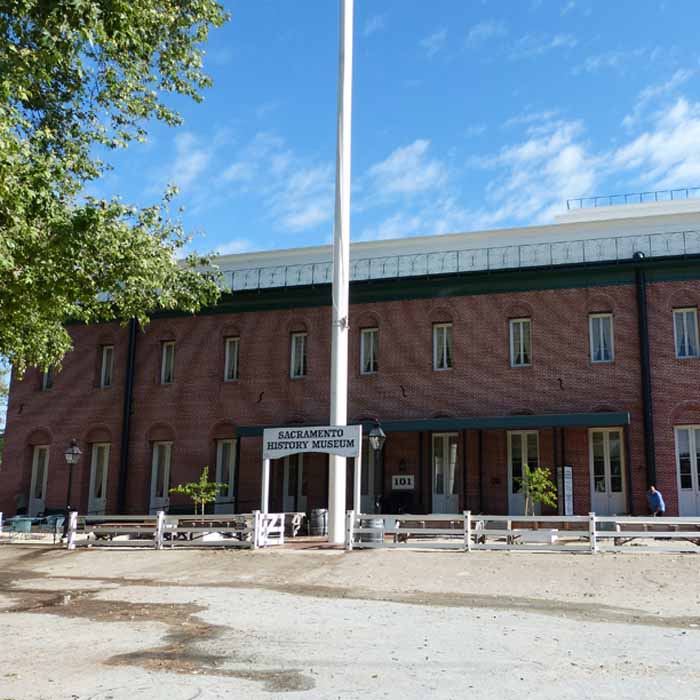 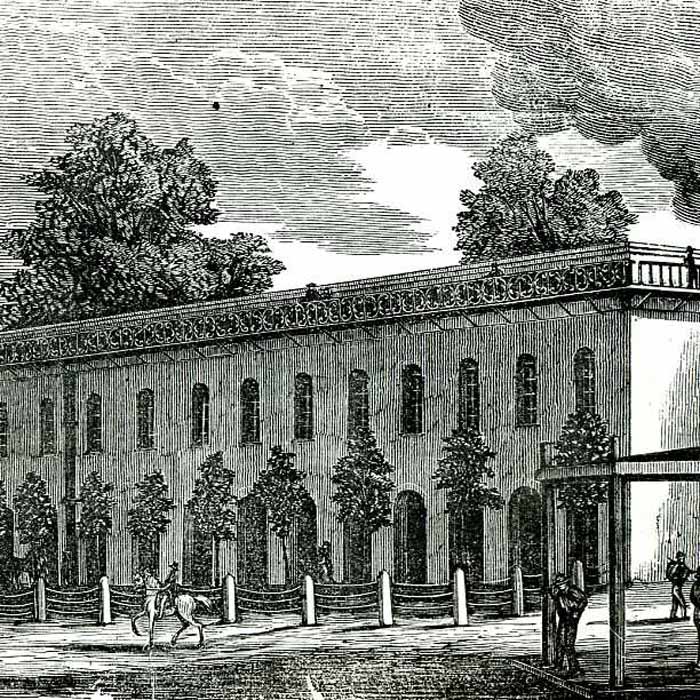 Thousands of gold seekers flooded into Sacramento when the Gold Rush began in 1849. The city’s exploding growth triggered a demand for services. Law and order was one of the first priorities. The State Legislature approved the first city charter in 1850. Sacramentans elected a mayor and city council.

In 1854, this was the site for law, order, and city services. As City Hall, the mayor, city council, police, court, and city jail were housed here. As the Water Works building, the city stored tons of water in large roof-top tanks. This was not the best system. The tanks leaked, and their weight caused structural damage to the building. In 1873, the city built a new steam-driven plant that pumped water directly from the Sacramento River. As a result, Sacramentans called their water “Sacramento Straight.”

In 1985, the Sacramento History Museum moved into this reconstructed version of the 1854 City Hall and Waterworks Building.