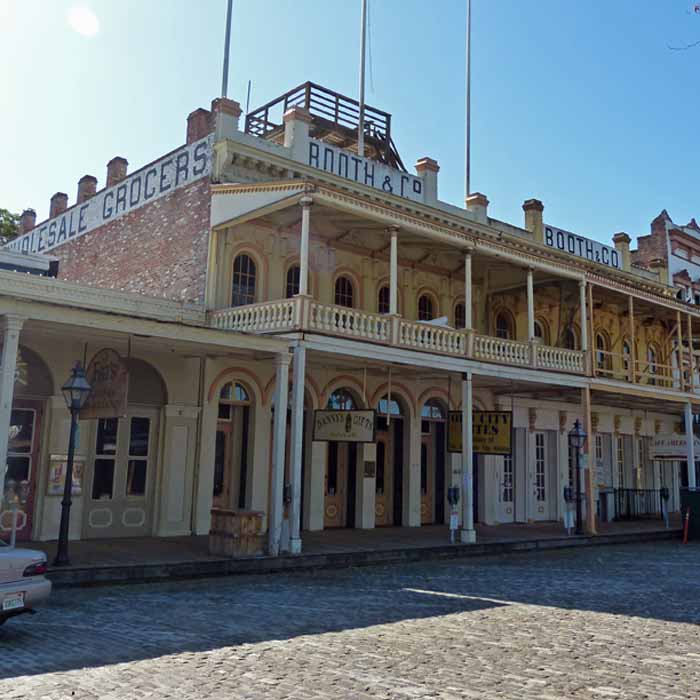 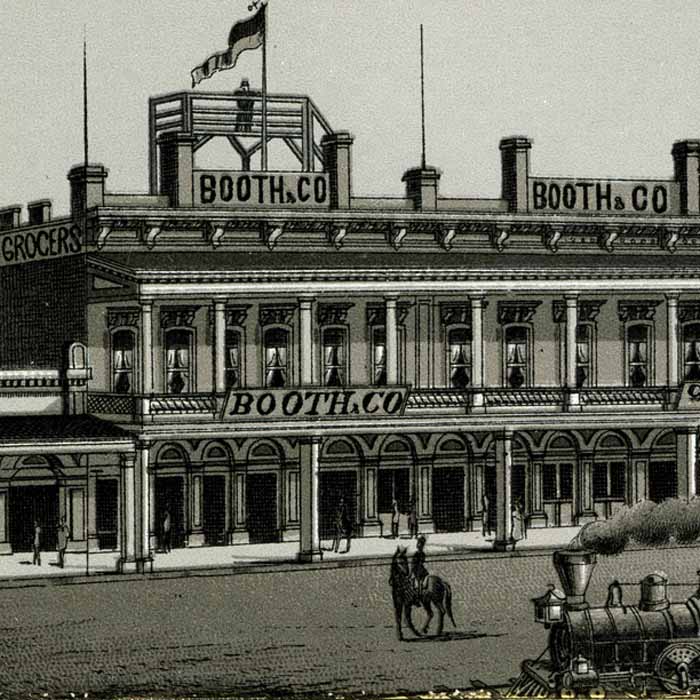 Newton Booth lived a remarkable life. He was governor of California from 1871-1875. He was also a businessman, lawyer, writer, State Senator, and U.S. Senator. In 1849 he established the grocery firm of Booth and Company. The firm moved to this location in 1865, and remained until 1893. Booth and Company was one of the largest interstate grocery firms on the Pacific Coast.

Booth owned the greater part of this block for almost three decades. He worked and lived here. His stylish home served as the Governor’s mansion during his tenure. It is also where he entertained notable guests such as General William T. Sherman, General Ulysses S. Grant, President Rutherford B. Hayes, and President William H. Harrison.  Unfortunately, fire destroyed Governor Booth’s mansion prior to World War II. The buildings that remain are restored and reconstructed. During the 1865 street-elevation project, owners raised the buildings on Front Street one story.