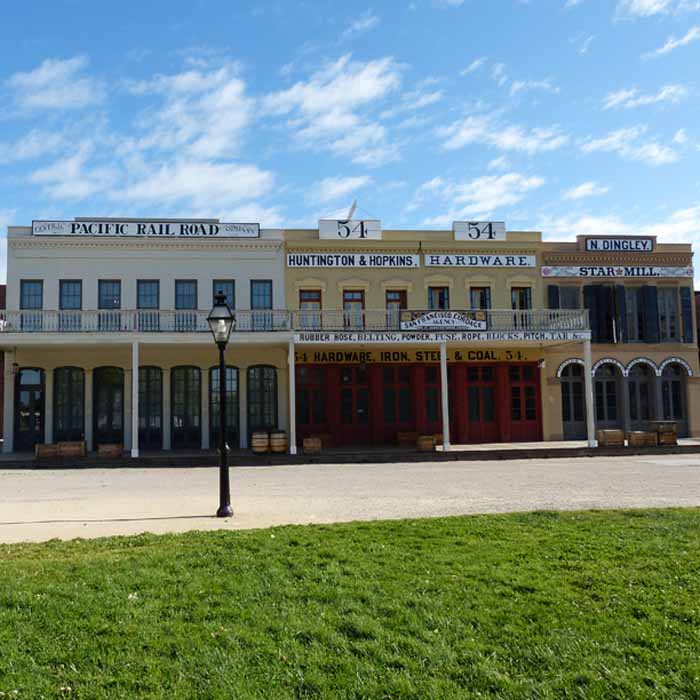 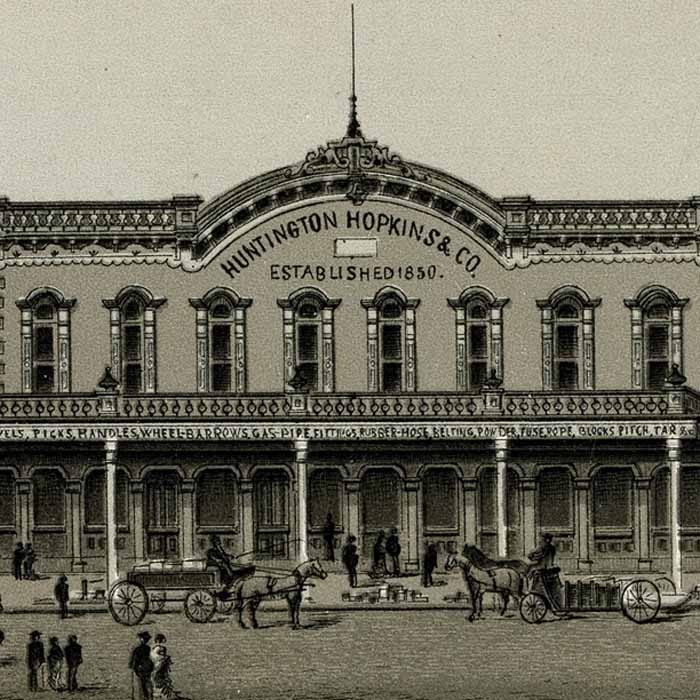 North Side of I Street, between Front and Second Streets

The Gold Rush brought all four men to California. They earned their wealth selling goods to the miners. Leland Stanford ran a wholesale merchandise store. Huntington and Hopkins operated a hardware store. Crocker opened a dry goods store. The four businessmen planned and developed the Central Pacific Railroad Company from the offices above their businesses. In 1873 they moved company headquarters to San Francisco.

Originally located on the south side of K Street between Second and Third Streets, these buildings are reconstructions of the originals.