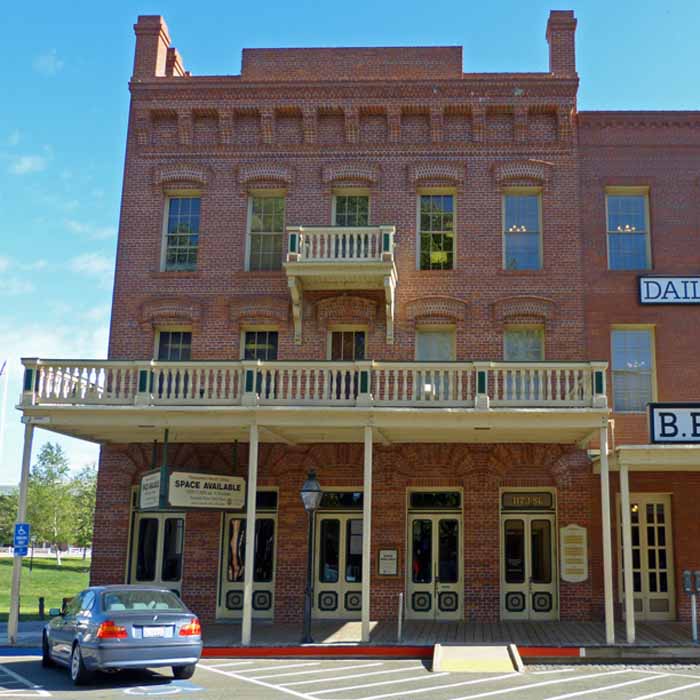 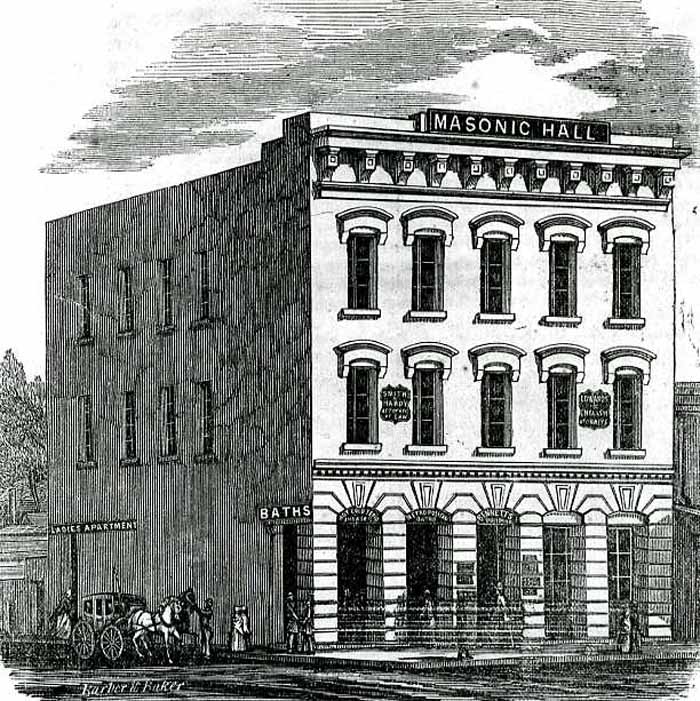 Bennett’s Masonic Hall was a 3-story brick structure noted for its “architectural beauty.” The first floor housed the Metropolitan baths, a barber shop, and a few other businesses. Offices occupied the second floor. The masons used the third floor for their hall and meeting place.

State architect Albert A. Bennett built this hall in 1854 at a cost $41,000. He was one of early Sacramento’s leading architects. Bennett designed many public buildings throughout California. He also helped with the construction of the State Capitol.

Bennett’s Masonic Hall was also known as the Metropolitan Baths. In 1864, the building’s owners raised it nine feet for the street elevation project.