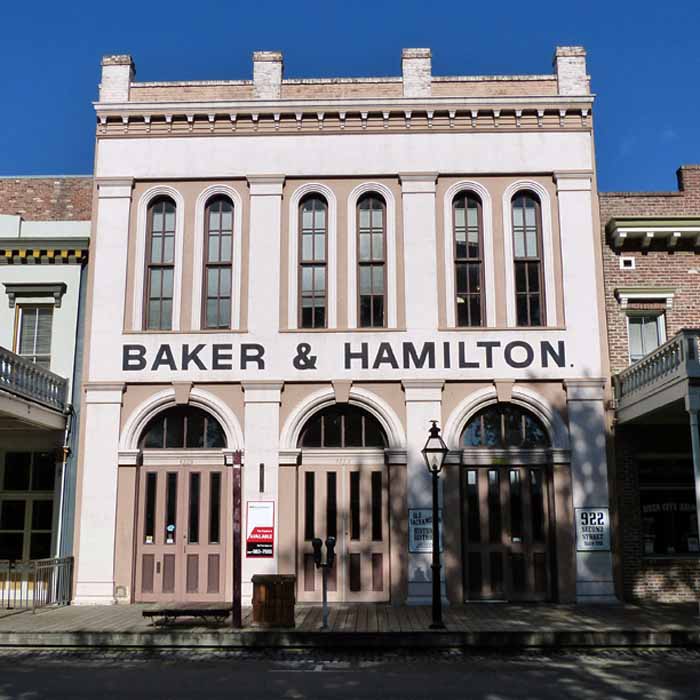 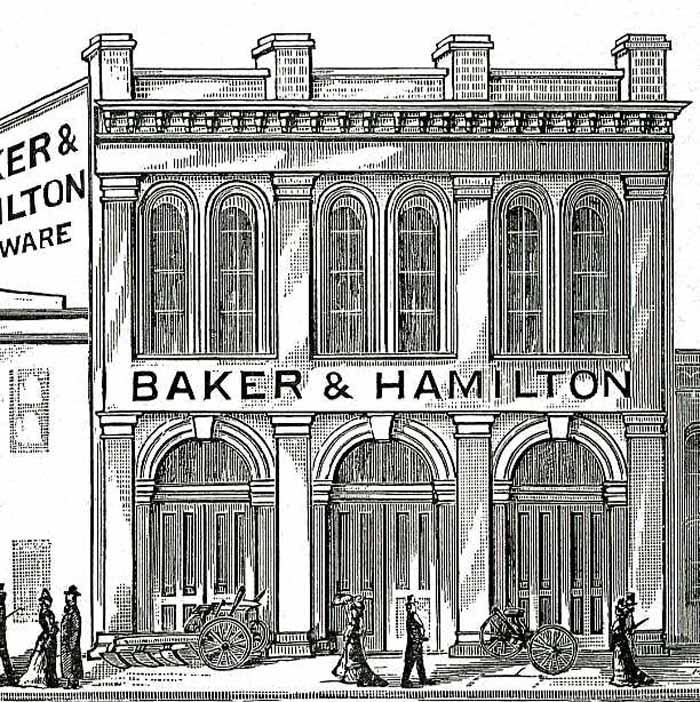 Livingston Baker left Boston in 1849. That same year, in Scotland, Robert Hamilton left his home. The two men met in California’s gold fields. They partnered with each other and struck it rich. Their fortune, however, was not in the form of gold nuggets. It was in seeds. Baker and Hamilton understood that agriculture was the key to California’s real treasure. Another Bostonian, Colonel J.L.L.F. Warren, had the same idea. He established an agricultural and mining equipment store at a site on the American River. Baker and Hamilton worked for Warren until 1853 when they bought Warren’s firm. The two men started their own business at this site in Sacramento. In 1868, Baker and Hamilton opened a second location in San Francisco. Their business became one of the largest dealers of agricultural supplies in the West.