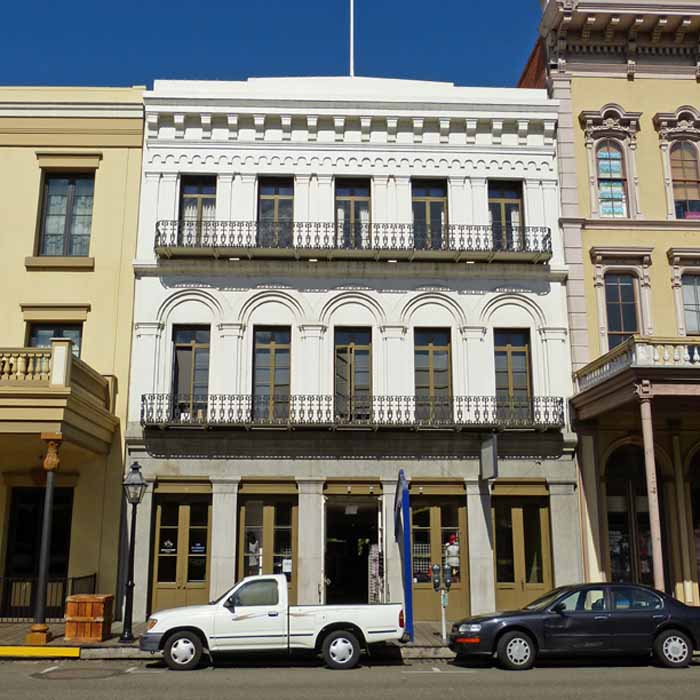 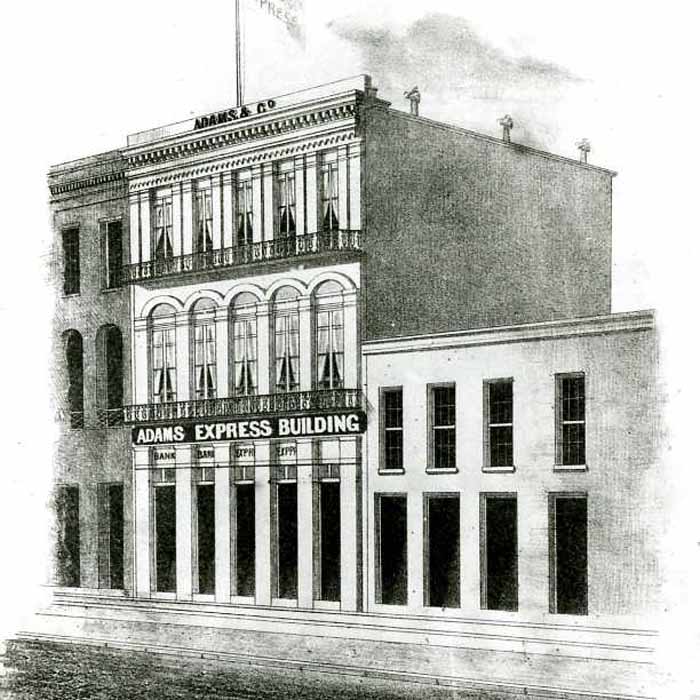 The great fire of 1852 destroyed seven-eighths of the city of Sacramento. Even structures made of brick were vulnerable. Builders considered this when they planned the construction of the Adams Express Building. The 1856 City Directory described the structure as “thoroughly fireproof.” Built in 1853 for $85,000, it was the first building constructed of California granite. The bank’s marble floor was also quarried locally.

From 1853 to 1883, seven important banking, express, and telegraph firms operated out of this building. Adams and Company was the first statewide express company in California. In 1855 James Birch purchased the building for his stagecoach company. The Pony Express operated here from March through October of 1861. Wells Fargo and Company claims the longest duration here. The express and banking firm operated from 1857-1882. Owners raised this structure to the new street level in 1865.